Should You Get Your Texas Traffic Accident Report Before Talking to an Attorney? 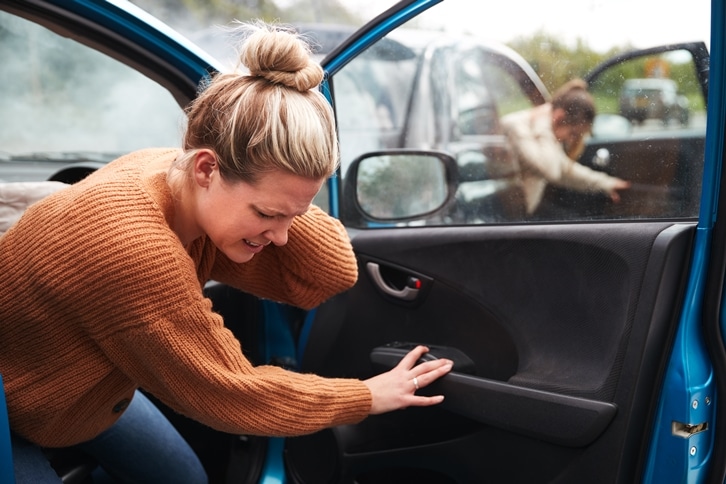 Most people don’t expect to get in an accident. But the truth is that if you drive long enough in the state of Texas, you’ll end up in some kind of fender bender or accident. That’s because according to the Texas Department of Transportation, a crash is reported in the state about once every minute. With any luck, you’ll walk away without issue, though you’ll still have to work things out with your insurance and get your vehicle repaired.

But the biggest potential problem is that while you may feel fine immediately following the accident — you can thank adrenaline for that — when you get home you could end up feeling decidedly worse. Even a minor crash can lead to ongoing medical bills, and you could also have a costly car repair bill to deal with. Furthermore, if you’ve been seriously hurt in a vehicle collision, you’ll need all the help you can get in your time of need, and it all starts with the Texas traffic accident report.

If you’ve been in a recent accident, you’ll need to obtain a Texas crash report. Injured or not, the crash report is a crucial piece of evidence for any sort of case, and you’ll need one if you ever decide to move forward with it. In fact, an accident report is crucial piece of evidence in any case since it will indicate the parties involved in an accident, including who was deemed to be at fault and how the accident played out.

More generally, a Texas traffic accident report is a great way to absolve yourself of responsibility after a recent accident, and that can mean not having to pay out of pocket for repairs or medical bills that could end up running hundreds of thousands of dollars. It’s the Texas crash report that can help you prove what happened and to assign blame on the party that caused the accident, strengthening your case with your insurer and in the eyes of the law.

All that said, if you’re interested in filing a personal injury claim at any point after that accident, you’ll need that Texas traffic accident report to help prove your claim. Your attorney will be able to use it to help argue your case in court, and that can mean a significant windfall to help pay for bills associated with your accident.

What’s in a Texas Crash Report?

In Texas, anyone that’s party to an accident can request and obtain a traffic accident report. You’ll have to fill out a Texas motor vehicle accident report form, which includes information such as who was involved in the crash, as well as passengers; the employer or legal guardian of those involved; the vehicle owners; any parties that are responsible financially for vehicles in the crash; and insurance companies covering the vehicles and persons involved.

The specific Texas crash report form needed is known as a CR-3, which is the code that corresponds to an accident that leads to injury, death or property damage exceeding $1,000. For any accident that fits the criteria, a Texas police officer must file a CR-3 within 10 days of the accident. Inside the report, there are various Texas crash report codes, as well as complicated jargon and other numbering systems that can be difficult for the average person to decipher. However, attorneys, insurers and others that are used to seeing these reports should have no problem making sense of the report and the information contained within.

But keep in mind that there are two different types of Texas crash reports: the CR-3 and another form known as a CR-2. The CR-2 is a blue form that is used when police haven’t been called to the scene of an accident, so you may need to look for a CR-2 instead of a CR-3 depending on if police were called. In some instances, police may be called but a CR-3 wasn’t filled out, meaning that you’ll have to fill out a CR-2 on your own.

You’ll have 10 days from the accident to submit your CR-2 request, but it can help to check with your insurance, your attorney or the owner of the vehicle to see if they’re sent in a request in the meantime. If you’re not over the age of 18, a parent or legal guardian will have to submit the request.

While there are lots of things that you’ll likely have to do following a recent accident, one important item is to determine whether you need to file that Texas traffic accident report. If there were no injuries or property damage as a result of the accident, no report needs to be filed at all. But if that accident led to property damage of more than $1,000, injury or death, a crash report is required by Texas law. If you neglect to report that accident, you may end up having your license suspended.

It’s also important to note that just because you feel fine immediately following an accident, that doesn’t mean that there aren’t physical injuries that may pop up later that day or week. To protect yourself, it’s important to file a crash report at the first sign of a more serious injury. Whiplash and internal bleeding is common after an auto accident, and if you end up going to the hospital for any treatment, it’s crucial to do your due diligence and get that accident report filed.

Even if you feel okay physically, it doesn’t take much to cause thousands of dollars in damage to a vehicle, especially if you’re driving a late model car with modern tech and other expensive items that can easily run up your repair bill in short order.

What if There Are Errors?

Sometimes, you may come across errors once you finally obtain your Texas traffic accident report. If you do, it’s important to discuss your options with a lawyer. Items in the accident report will be used by the authorities and the insurance companies involved to assign blame, and if a crucial piece of evidence is missing or something is unclear, that can work against your claim or your case.

Should I Hire an Attorney?

When in doubt, and especially if there were significant injuries or property damage, it may be best to hire a traffic accident attorney to help protect your interests. Aside from legal liability and paying for repairs and healthcare following the accident, you may also be leaving a substantial award on the table if you don’t discuss your rights with a lawyer. That can help pay for any bills that stem from the accident, as well as any ongoing medical issues that may develop.

To get started with your claim, order your Texas traffic accident report directly from us and we’ll reach out to help you establish your case and move forward, if needed. In another state? Click here.